Cultural itineraries Culture What to do

Ostia Antica, as the name suggests, is a village preceding the foundation of Ostia Lido (the seaside district of Rome) and is located at Km 21,500 of the via del Mare, about 5 Km from the coast.

The main points of interest of the area are the archeological park of the roman settlement and the Reinassance Village, inside which there are the Castle, the church of St. Aurea and the Episcopio (Bishop’s residence). 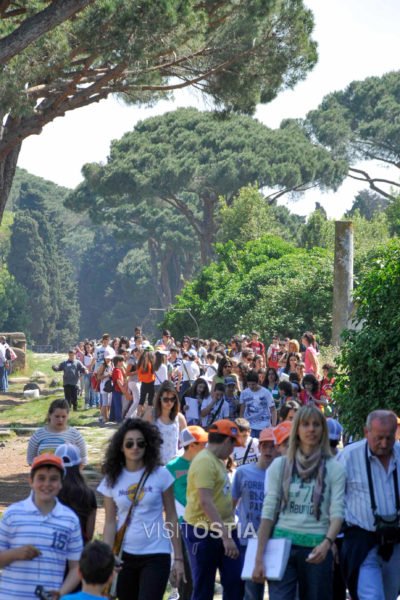 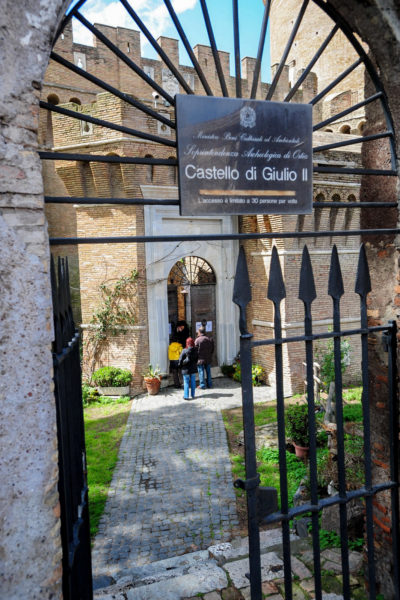 The borgo (the village) – Today’s aspect of the borgo is composed by three rows of double terraced houses which are positioned like ladder stairs. This aspect dates back to the end of the 15 th century when the new walls were built and St. Aurea was restored, that is when Julius II’s castle was built, between 1483 and 1486. Nonetheless some elements along the walls indicate previous and more ancient structures, for example the small quadrangular tower near via dei Romagnoli, where once was the bend of the Tiber. Right here you can see the crossbow slits. You can so deduce that a fort was built before with walls, quadrangular towers and a higher tower used as a lookout one. These are typical characteristics of a fortified elements dating from the 9 th to the 12 th century, which are easily found in the castle near the port. Some recent excavating inside the borgo, have confirmed the life of the place from the late Roman times to the reinassance and after.

Julius II (Giuliano della Rovere) gave order to build his rocca, the fortified castle, before he became pope, when he was bishop and cardinal in Ostia. It began in 1483 and finished three years later. Vasari says that it was designed by Giuliano da Sangallo. Unfortunately an epigraph discovered in 1898 on the portal of the castle contradicts him. It ascribes the build to Baccio Pontelli (“Baccio Pontello fiorentino architecto”), even if probably Sangallo took care of some aspects of this project.

The internal staircase, inspired to Bramante’s style, is decorated in grotesque style with some grisailles frames by Baldassarre Peruzzi, Cesare da Sesto and Michele del Becca. Pope Paul III restored some parts maybe because of the threats by the Ottoman pirate Kair-ed-Din. The following inscriptions describe the decline of the castle.

On the outher side of the walls of the village, in Umberto I square, there’s a tablet, put there in 1904 in memory of the laborers from the city of Ravenna to whom we owe the reclamation of the land: is surmounted by the statue of Andrea Costa and below there’s a stele dedicated in 1951 to Nullo Baldini.

Outside the walls of the village there is the Casa del Popolo (People’s house), built by the Socialists laborers in the early 1900, in 1920s was requisitioned by the national fascist party and turned into the Fascists’ house. After the war, acquired by the State Property Office, the building was used as a warehouse and later abandoned. Nowdays has been restaurated and given back to the residents as a public space.