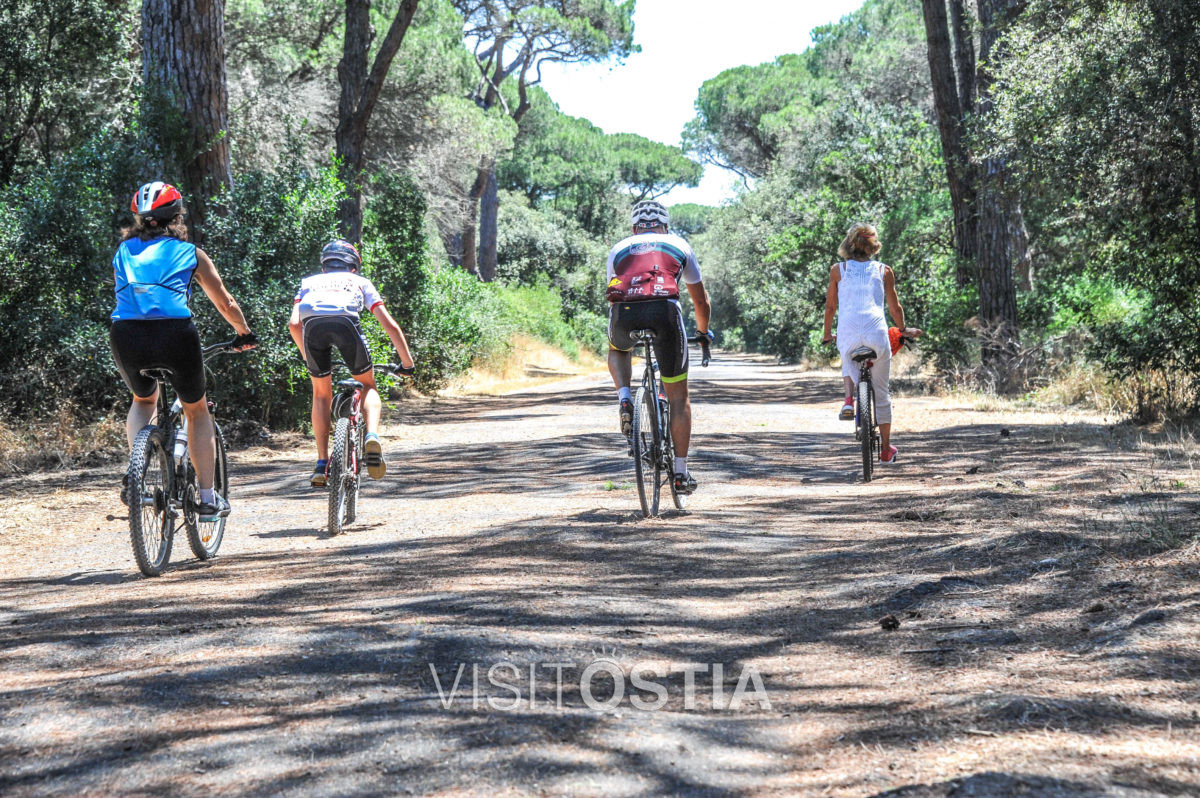 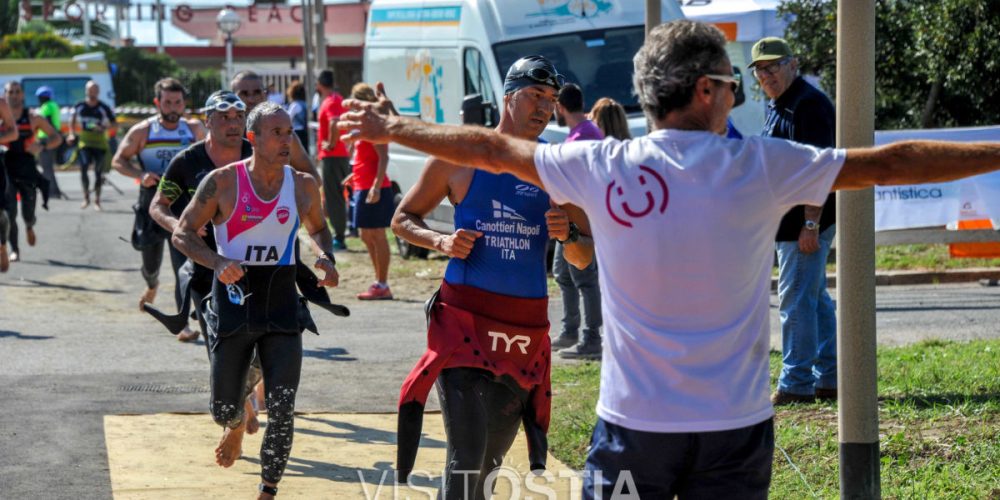 One of the most evocative and fascinating running routes is inside the pine forest, in the south west part. It is called Valle and Valletta (valley and small valley).

It is a mixed terrain route composed by a soft bush part or by a sandy part along the sea. It is an 8 km circular route, which wedges into the forest.
It alternates shady areas thanks to the pine tree branches and sunnier ones, which are called Mediterranean scrub.

It is not rare here to see the animals which populate the pine forest: foxes, rabbits, porcupines. This route begins in piazza del Cinghiale and continues east along via della Villa di Plinio. It enters on the right just after the firemen’s tower.

In the cold months you can easily be alone, with nature’s noises, while in summer there are many more runners.

This mountain bike tour is on mixed surfaces: asphalt, sand, dirt road and along its 40 km nearly all flat, it embraces the sea, the riverbanks of the Tiber and the natural reserve of the coastal area.

Along it you can also see some characteristic landmarks: the Pier, the Marina, Kursaal’s diving platform,
the Rotonda, Plinius’ Villa, Villa Chigi and Julius II’s castle.

You can find drinking fountains all along. It alternates shade and sun. You must pay attention when some roads open to car traffic cross the track.

Both for experts and for absolute beginners Ostia’s stables offer the chance of horse riding in the forest up to the riverbanks. These activities go beyond sport: it is an mix of man – animal – nature connections which makes it a superlative experience.

The calendar of the excursions depends in the seasons, but you can also often go in Winter.
You can turn to:

Sailing is the most authentic way of approaching the sea. Sailing with a professional skipper gives and incomparable sense of freedom, Ostia and its marina propose various opportunities to live a day on board in open sea. It is frequent to see some dolphins and this shows that this habitat is favourable.

Ostia’s sunsets are one of this territory’s features. In summer being able to enjoy this event in open air is really a great experience.

You leave from the Marina a couple of hours before sunset. You get in open sea just in time for a drink in front of one of nature’s most romantic moments.

Diving lovers can find one of the most incredible sea environments, only just a few miles off Ostia’s coast. It has an extremely nigh biodiversity. It is the protected marine area of Tor Paterno.

Departures are from Ostia’s Marina, where you can rent all the equipment or simply fill up your scuba tanks. The calendar is closely connected to weather and sea conditions, which rarely but also in Summer, may not be suitable for this activity.

In Summer the weather conditions are perfect for those who want to learn these watersports. There are many proposals: from a one day course to longer ones for all ages, minimum 7 or 8, depending on the discipline. The schools are all members of the Italian Sailing Federation, which guarantees professionality and safety of our younger and older guests.
The most famous one il Lega Navale (Lungomare Caio Duilio 36, tel 06 5647 0474), but you can also attend courses in Nauticlub Castel Fusano (Lungomare Vespucci 50 te 05 5647 0652) and in some beach resorts.